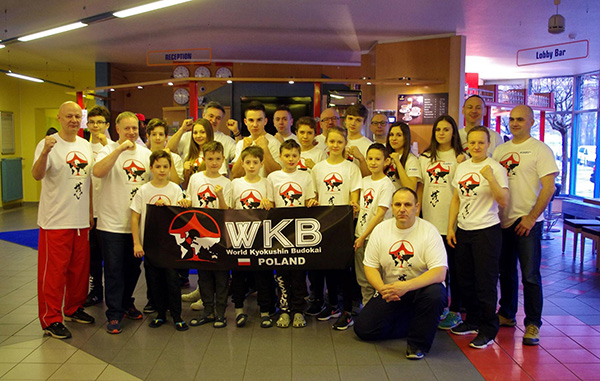 On Saturday, March 18, 2017. In Berlin, 560 competitors from 24 countries took part in the European Championships of Youngsters and Youths of the KWU organization. The opening ceremony was started by KWF Secretary Andrzej Drewniak, who stressed the motto of the “TIME TO BE UNITED” and expressed gratitude to all leaders of the united Kyokushin thanks to which the European and world Kyokushin events set completely new standards of size and quality. Speakers included Sergey Suvorov, KWU Secretary, and Ramil Gobbasov, Director of KWU. The speech was also delivered by Sergey Suvorov, KWU Secretary, and Ramil Gobbasov, Director of KWU. Polish representation of WKU included 15 competitors fighting out of Jozefow, Gorzyce and Lezajsk. Championships were held under kumite full contact rules and the main referee was Shihan Ramil Gobbasov from Russia. Shihan Paweł Juszczyk and Sensei Dariusz Burda performed amongst the judges. WKB Poland’s fighters won 4 medals that day. Oliwia Wojtas won the gold medal in the category of 12-13 years up to 40 kg, the bronze medals were won by Roksana Lechoszest in the 14-15 age category over 60 kg division, Karol Brejtfus in the 16-17 age category up to 70 kg divison and Szymon Olpiński in the 16-17 age category over 75 kg division. Medals were handed over by the KWF Secretary Andrzej Drewniak and the secretary of KWU Sergey Suvorov. The organizer of the European Championships was the German Kyokushin-kan Organization led by sensei Alexei Demanova. 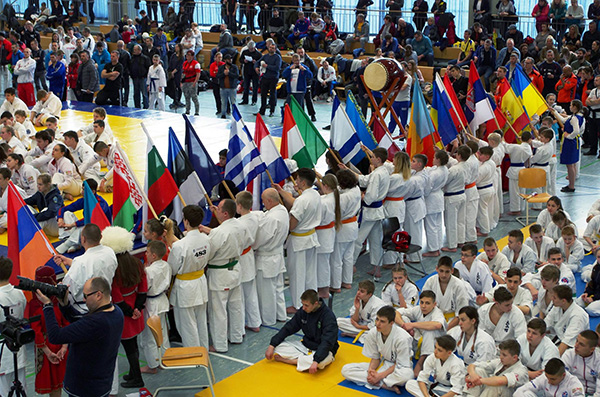