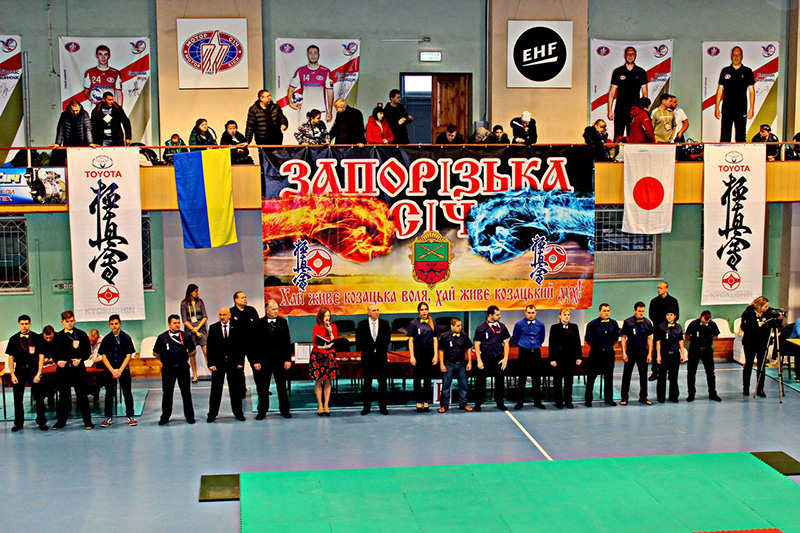 On February 4th, 2017, Zaporozhye region Kyokushin Karate Federation held the 9th traditional open Kyokushin Karate championship “Zaporiz’ka Sich”. There is a good tradition for Kyokushin fighters to gather at the Cossacks homeland early in the year to determine the strongest in honest and uncompromising struggle, improve their skills and temper the morale.

Zaporozhye is the carrier and keeper of ancient traditions and ancestral customs. It also applies to Kyokushin karate. Traditional “Zaporizka Sich” tournament took place as something like an academy to train fighters with solid, hardened character, persistent in their convictions.

This time 622 athletes from seven regions of Ukraine (Nikolaev, Kherson, Dnipropetrovsk, Poltava, Kharkov, Kiev and Zaporozhye) competed for the awards in the hospitable “Motor Sich” sports complex. Among them – those who just started their sports path as well as experienced fighters, champions of Ukraine, winners of international competitions.

In his opening remarks, welcoming the participants of the tournament, the Federation Council Chairman Miloslav Korzh said that many pretentious words could be spoken, but the situation speaks for itself – once again Zaporozhye pushes the bounds. Three years ago, the “Zaporizʹka Sich” tournament broke the record by gathering 483 participants in one hall. Someone remembers this tournament, someone took part in it and someone won it. According to the Credentials Committee, 622 participants gathered this year. It is a new record.  It remains to prove, that it is possible to carry out an organized tournament with so many participants. “We will hold it, as always, at the highest level: orderly, competently and fairly,” said the Chairman. In addition, the Chairman expressed his gratitude to Deputy Head of Zaporozhye RSA Gugnin Eduard Anatoliyovich, Office of Youth and Sports of Zaporozhye RSA and the general sponsor of the tournament, patron Kravchun Alexey Stepanovich. These people have been helping the development of sport and karate by word and deed. Because of the special scale of the competitions, the athletes fought on four tatamis and were correctly distributed not only by the age and weight categories, but also by the level of training. Beginners battled with each other on separate tatami in the “White Tiger” tournament. Perseverance and strength of young fighters in combat sometimes cause as much delight, surprise, pride and excitement as the battles of the professionals. The tournament was separated into two branches: battles of the experienced and novice fighters. It gave an opportunity for athletes to challenge the tournament awards on an equal footing, as well as increased the brilliance and dynamics of battles, allowed the athletes clearly demonstrate their abilities.

Fraternity and friendship are the basis of “Zaporizʹka Sich” tournament, in which simple courage doesn’t get much of attention and everyone has to be strong warrior, bound by hard discipline and sturdy traditions. This is of great importance in these troubled times.

Every minute of the schedule was calculated in advance, because the 588 fights in 56 weight categories had to be organized. The athletes, which took part in fights, were aged from 5 to 53.

The fights went without problems on all of the tatamis, keeping within the schedule. Referees teams worked cohesively and methodically. The irreplaceable head of the jury Leonid Cherniavsky applied all of his experience and professionally and led the referees teams. Not surprisingly, the tournament was finished in time as scheduled.

Each tournament can be evaluated by the quality of the fights and the competitions organization. Zaporozhye region Kyokushin Karate Federation made every effort to make guests of the tournament feel comfortable and not being constrained. It should be noted that the SC “Motor Sich” is a powerful complex of sports facilities with organized parking, established infrastructure and high level of service.

It wasn’t by chance that the “Motor Sich” sports complex was selected for the tournament. It was not only because of conformable names of the tournament and the sports complex. The SC “Motor Sich” is a powerful complex for mass sporting events. The SC staff and the organizer of the ZKKF tournament worked harmoniously and professionally. Presence of more than 1,200 athletes and fans in one place did not create discomfort for them and the atmosphere of sport holiday felt in positive emotions of athletes and fans.

Eventually, only part of the athletes managed to reach the podium of the tournament and won the applause. As always powerful, the Kherson fighters took well-deserved first place in team standings, at the second place – the fighters from Zaporozhye, and the athletes from the team of the Poltava region were the third.

Thus was the first regional ZKKF tournament as a part of the WKB international organization. The fact that the fighters from different branches of Kyokushin karate met each other in battle on the same tatami gave a special charm to the tournament. All this proved once again that the Kyokushin is one big family and we, as the structure of the powerful WKB international organization, are open to everyone.

Until we meet again at the Land of Cossacks Glory! 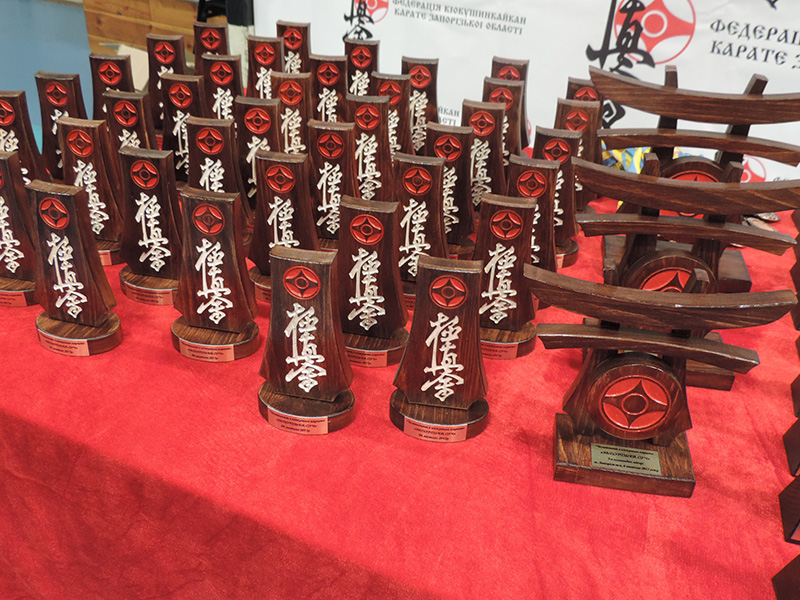 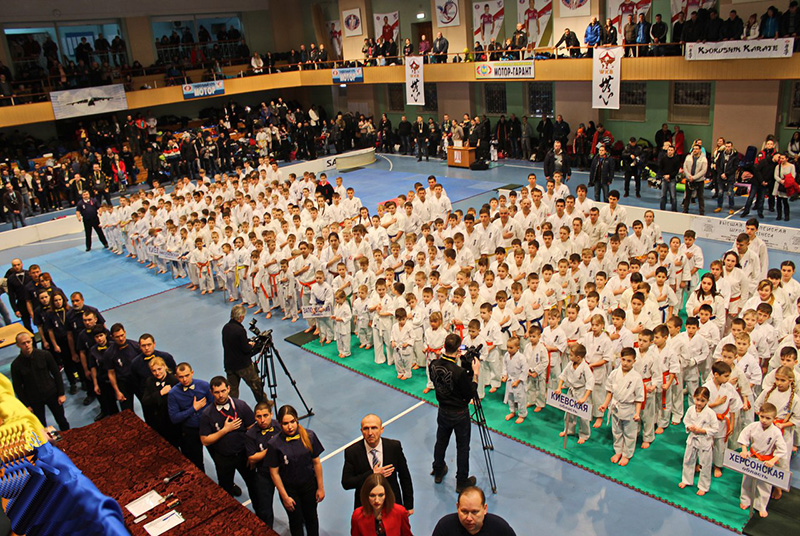 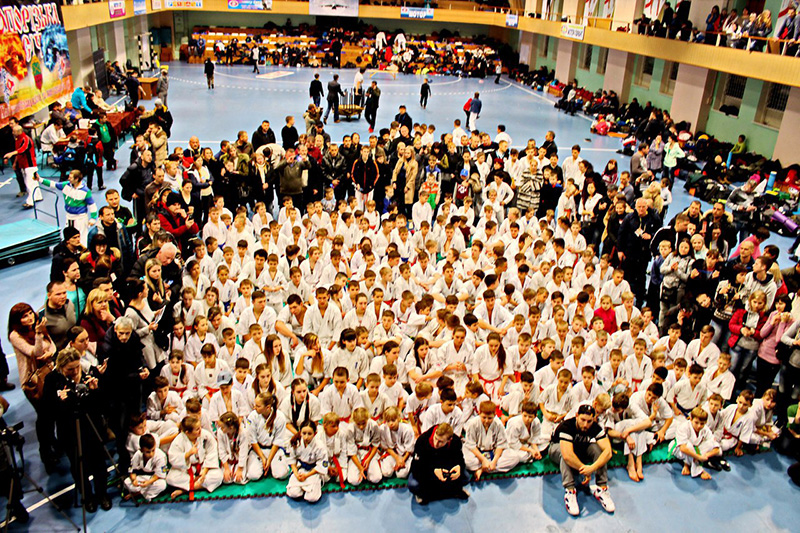